Azure ‘Azzy’ Brimvine lives in a world decimated by magic, where humans have retreated underground from the overwhelming dangers of the surface. But Below is no safer than Above.

Magic borne plagues continue to eat away at the remaining human cities, a sickness that doesn’t merely kill, but creates aberrations from the stricken: people twisted by magic into something dark, dangerous, and powerful. It is an existence of fear and constant dread. When Azzy’s brother, Armin, is infected and cast out into the Above, she sets out after him, determined to be there for him no matter what he becomes.

The world Above is full of monsters, both wild and cunning, some more human than Azzy was led to believe. Armin is captured and bound for the Auction block of Avergard, a ruthless city of inhuman lords and twisted creatures. To reach him, Azzy must brave the perils of the Above and the chaotic life forms created by the Gate. To reach him, she must find allies and forge new bonds in this broken world.

And Azzy must reach him, before Armin’s new power is used to open the Gate once more.

The Children of the Gate wait for the call to Rise.

Azzy Brimvine knows her brother is in the vast city of Avergard. She must find him, but time is not on their side.

In the House of Seven Smiles, Azzy struggles to understand the constraints and limits of her power, as she finds the whispering voices that guided her for so long suddenly silent. The enigmatic lord of the house is both a frustrating ally and a dangerous mystery. A strange entity lurks among the household servants. The haven Azzy sought may not be as safe as she thought… but is anywhere truly safe in the Above?

The city of Avergard is full of monsters and secrets, and a dark history festers at its root. A yawning pit nestles in the house of a scheming lord, who will use Armin’s dangerous gifts to raise history, and raze the city to the ground. As Azzy finds herself and her brother pulled into these machinations, she must navigate the politics and society of Avergard’s brutal ruling class to save her family and friends before the Gate consumes them all.

Prophecies don’t untangle themselves. Just ask Ikepela Ives, whose estranged mother left her with the power to unravel the binding threads of fate. Stuck with immortal power in a mortal body, Ives has turned her back on the duty she never wanted.

But it turns out she can’t run from her fate forever, not now that Ragnarök has been set in motion and the god at the center of that tangled mess has gone missing. With a ragtag group of companions—including a brownie, a Valkyrie, and the goddess of death herself—Ives embarks on her first official mission as Fate Cipher—to save the world from doomsday.

Nothing she can’t handle. Right?

Read for Free on Wattpad

After an epic fall out at her last job, and a bad breakup with the Jerk, Kay moves in with an old college buddy. The job search is tough in this economy, so when Kay gets a call back from the mysterious Fantasy Land INC, she’s hard pressed to say anything but yes. The company skill assessment test lands her in the basement with the Care & Handling department, where Kay meets her charges. Fairy tale creatures are real. From dragons, to unicorns, to pixies, and Kay is now a card carrying member of their upkeep team. Magical beings aren’t so great when you’re knee deep in pixie poop, but there is another occupant in Kay’s corner of the Grid, who takes her tea with 10 sugars and talks to birds like she understands them. This prisoner might be a real Fairy Tale Princess, and Kay might be falling in love with her.

Read it FREE on Wattpad now!

The zombie apocalypse has come and gone, the world has ended, and humanity has crumbled.

But nobody told the aliens.

And it seems that alien brains have some interesting side effects on the ravenous undead. Just ask zombie Li, who “wakes up” after a quick bite. The world is a wasteland, she’s a walking corpse, and her “snack” has just melted into a noxious puddle of goo.

But she won’t go through the rest of her undead life alone. As Li hits the road to figure out what happened, the end of the world brings her strange company, and even stranger enemies. The aliens are coming back, and it’s going to take more than a handful of quirky zombies to stop them. She’s going to need some serious fire power—like the remnants of the human race.

If she can find them.

In the first nine days of the ninth month of 1999, the Devil begat nine daughters. To each he gave a power to wreck havoc upon the earth, and to each he gave a home where they could see the wickedness of humankind; where their hearts could nurture dark desires for vengeance and destruction.

But kids don’t always turn out the way you plan and they don’t always follow in their parents’ footsteps. Even if one of those parents is the infamous Lucifer. Some of those children, despite being doomed, still seek the path back to light.

With shady characters, magic, LGBTQ+ antiheroes to love, and a very likeable demon historian, DEMONIC DEBUTANTES promises to give you the chills and remind you that even the Devil was once an Angel.

Ladies and gentlemen! Boys and girls! Step right up to the darkest carnival you’ve ever seen.

Do you like puppets? Well, we have a marvelous one. This poor little thing was left all alone to die, only to wake up with a taste for revenge.

If smiling, red-nosed clowns bore you, you’ve come to the right place. Just follow the bloody path of mutilated clowns, and it will lead you to a room filled with gruesome revelations.

But that’s not all. Ready for a mind-bending experience? Wonderful! Our contortionist won’t just showcase her extreme flexibility, she’ll also shock you with her insatiable appetite. Want to know her secret? She’s cursed—but shhhhhh, don’t tell.

So grab your friends and join us as we create the most bone-chilling atmosphere. Because we’re coming to your town… and we’re bringing the Carnival of Fear.

There’s something about the hours between dusk and dawn. It seduces us to give in to temptation—to let all our inhibitions go.

It’s liberating to allow your fantasies to take control, even if it’s only for one night. To know that when dawn breaks, the sinful hours spent in the dark will be hidden forever.

But everything isn’t always quite so simple. Ask the guy who spent a few hours between the sheets with a woman who turns out to be someone he didn’t expect. Or the woman who signs up for cooking classes, but ends up getting an entirely different lesson in the kitchen.

At that moment, it may not seem too dangerous…or too risky. But be careful. In hindsight, you might realize that a lot can happen in just…

Have you ever hoped your Christmas stocking had something other than a holiday card and a candy cane? Maybe something a little sweeter, sexier, like silk and champagne.

Imagine mistletoe kisses while love and laughter deck the halls. As you stare at presents stacked under the tree, you know the best gifts are given under satin sheets while the snow falls.

This is a collection of stories that will show you the naughtier side of Christmas. Whether it’s Scrooge who finally meets his angel, or the man who finds a beautiful reason to keep on living—in the end, romance is the only gift that keeps on giving.

Get ready for Santa to check his list twice…

You’re about to find out who’s been naughty and nice.

Have you ever met a necromancer with dreams of being a mariachi player?

Have you ever mixed a potion with dragonfly tears, or made a deadly wish on a cake and had it come true?

Did you ever visit a voodoo shop that only opens after midnight or kissed a corpse to life?

Come and join ten specially selected authors for a sweet combination of paranormal and horror stories–tales which have both the undead and chocolate as their special ingredients.

All stories in this anthology revolved around the themes of undead and chocolate.

Moll’s street rat family is betrayed by one of their own and slain by the unyielding enforcers of law. Left for dead, Moll’s pleas for vengeance are answered by a forgotten goddess.

All of the science fiction stories included in this anthology were inspired by the prompt ‘nemesis’.

Here are 17 that not only end well, but began in ways as wide ranging and surprising as the best twist endings.

The Outliers are 17 authors who view the fantastic through very different lenses of personal experience and imagination.

They are well known and unpublished, they are men and women, they are straight and LGBTQ, they come from seven different nations and several races and distinct cultures.

They all bring you stories from outside speculative fiction’s mainstream with voices as compelling as any and visions daring and unique.

From forgotten gods to downtrodden superheroes, from visions of imperfect futures to new mythologies for the modern age, these are The Outliers of Speculative Fiction. 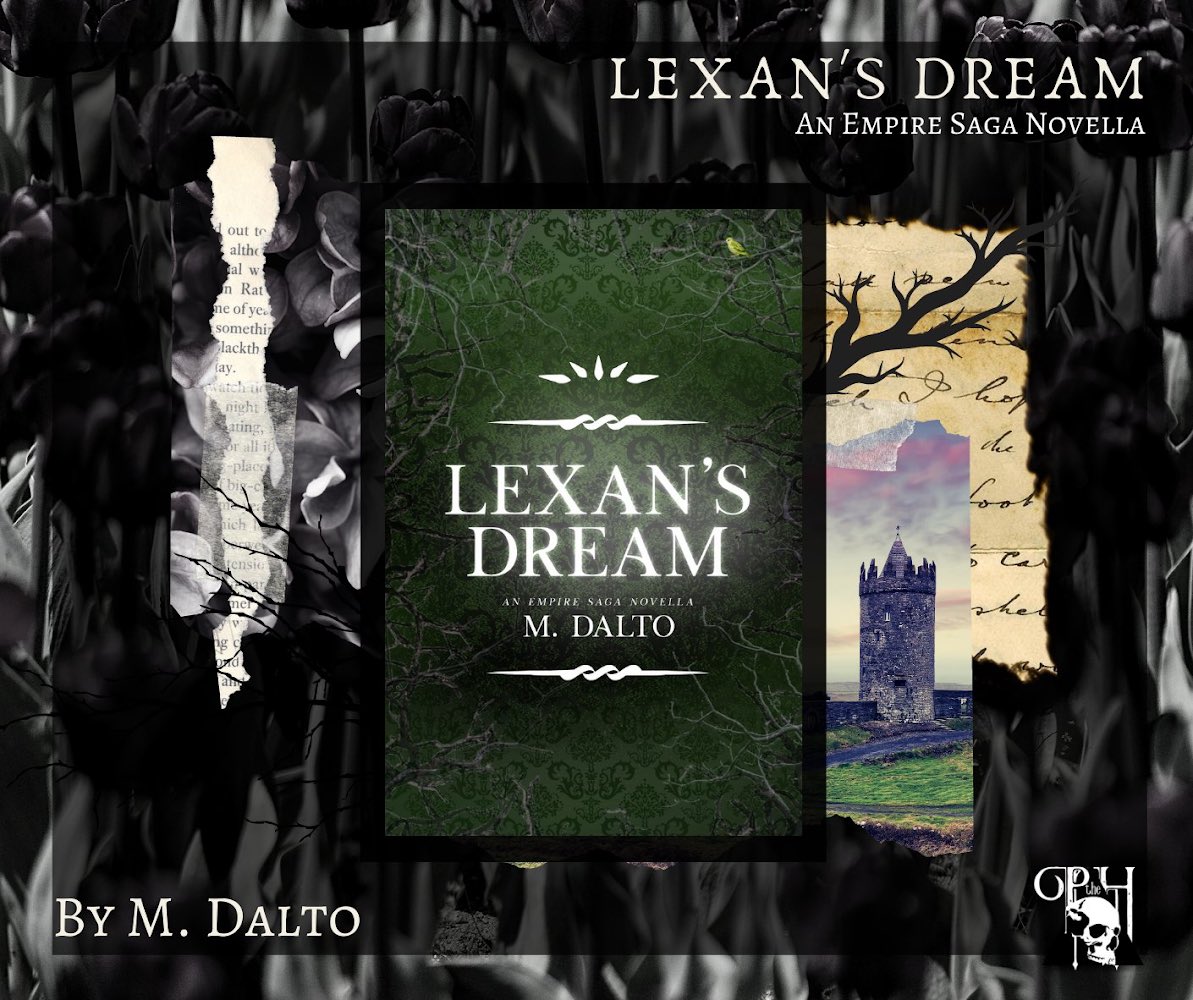 I’m so excited to share LEXAN’S DREAM! This novella, though the last for the series, remains my favorite and I hope you take the trip to the Empire and learn more of Lexan’s story!

In case you missed it! Marrow Charm is featured this month in @RTNBox Digital Book Box! You can snap it up at a lovely low price along with some other amazing titles from some heckin’ talented authors for a limited time at https://t.co/FGrEktb2ho https://t.co/KTV45b5ahh

I’ve noticed that in television and movies, they highlight a ‘genius’ level character by having a whacky Rube Goldberg machine in their house, like Doc Brown in Back to the Future or Wallace from Wallace and Gromit. In this essay I will–

Look at this adorable book! https://t.co/pwPqseKbyh

So very excited to see this cover live at last! Congrats @justine_manzano 🍦💕🍦💕🍦💕 https://t.co/JpEgtfIR4x 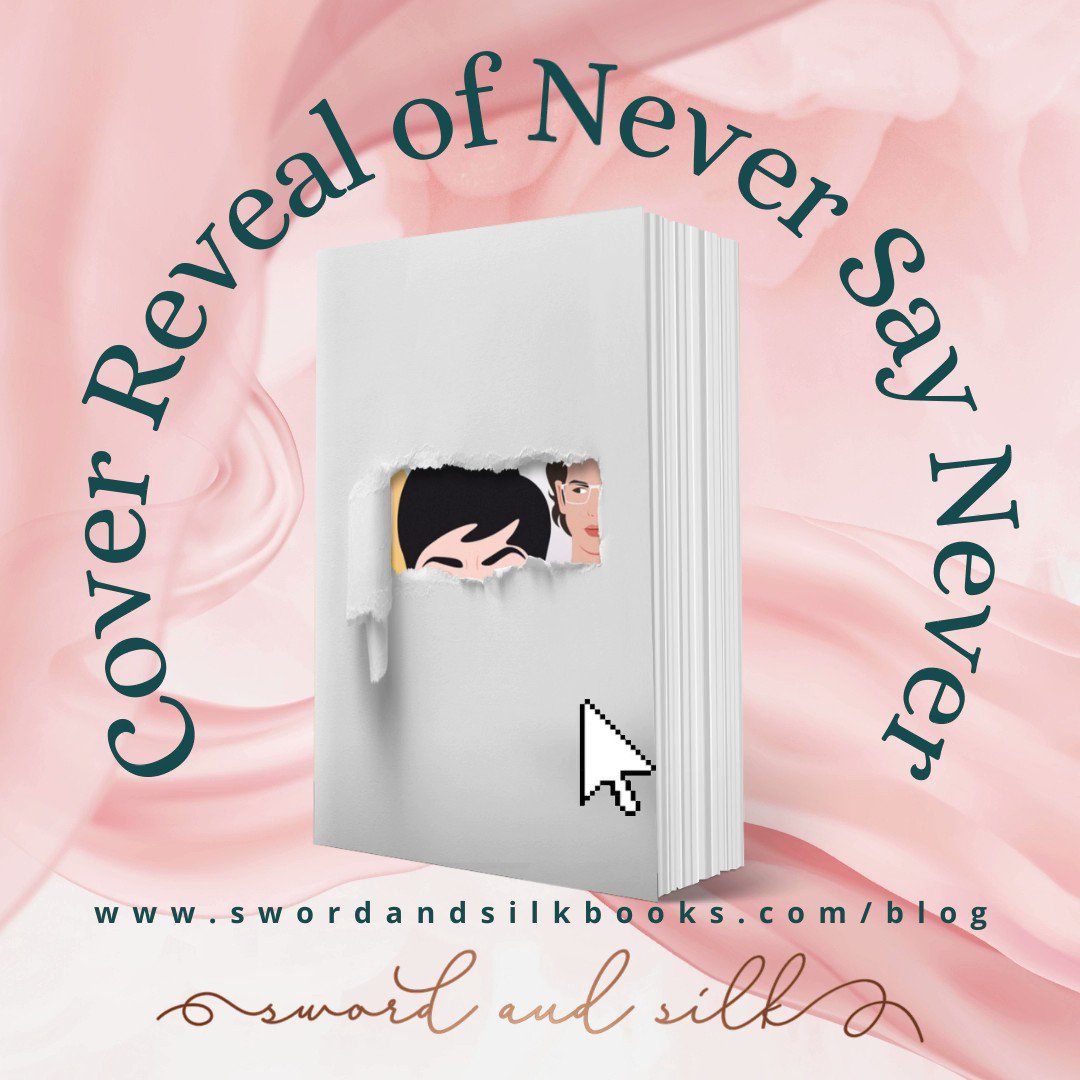 There is just under two weeks left to enter this most excellent giveaway and find some new authors to love! https://t.co/IPLEcvEo8u 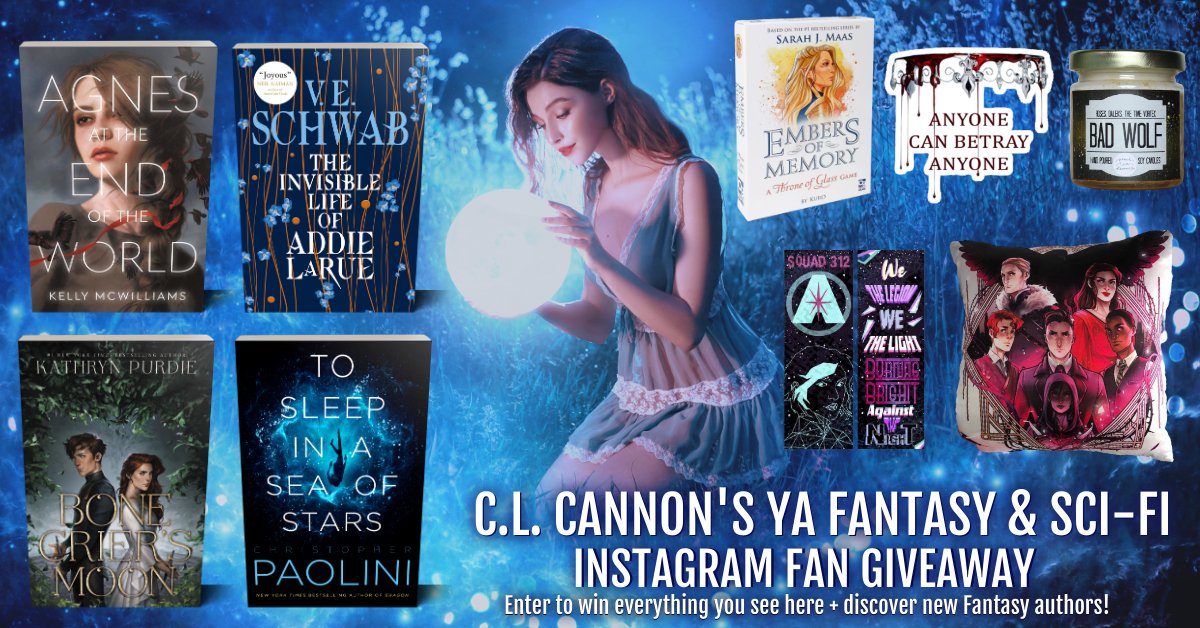